A few years ago a visitor from South Carolina told me they saw a beaver climbing a tree in the woods behind my house. As much as I’d love to believe arboreal beavers inhabit woodlands around my house in central Vermont, it was highly unlikely. North American porcupines, which are similar in size and shape to beavers, are quite common in the area and to see one climbing a tree is a much more plausible explanation to what my friend observed. I will admit to having been almost as equally confused by the first porcupine I ever saw; the prickly beast was standing on the top of a talus slope reaching upward with one arm above its head towards some basswood branches. Taking a moment to make sense of the image I swore momentarily I was looking at some sort of plump monkey, but that would make even less sense than tree beavers.

Everyone knows what a porcupine is, but apart from the fact that they have quills and can hurt you badly if you mess with them, not many people know much about their biology and manner. They are actually very docile animals that will not attack passersby, but rather lumber away slowly to a comfortable distance then resume whatever it was they were doing. Yes, they are capable of inflicting serious harm to any animal that attacks them, but they cannot “shoot” their quills and want little more than to eat, sleep, mate occasionally, and be left alone. While many predators are capable of eating them, porcupines are a fairly risky food item and most predators leave them alone except in times of desperation. Fisher cats, however, excel at preying upon porcupines and may even suppress porcupine populations in some places. The fisher cat is scarce or absent from much of the porcupine’s range, however, and the general lack of predators has led to porcupines having a nearly absent flight response, resulting many being hit by cars. Indeed, many people who have never seen a live porcupine are accustomed to seeing their carcasses along roads.

Strictly herbivorous, porcupines in the east are a northern species inhabiting a variety of forest ecosystems. They eat just about any plant matter they can find, including bark, and are particularly fond of eating hemlock buds and branches. Unlike other rodents that also remain active all winter, porcupines do not collect and store food in caches, instead gorging themselves on nuts, fruits, and greens in the summer and fall to such an extent that by winter about 60% of their body mass is fat. Their winter food supply is of little nutritional value, however, and while they might eat a pound of food every day all winter, porcupines lose almost a third of their weight by spring. Interestingly, porcupines subsist almost entirely on bark and twigs throughout the winter, a diet offering about as much nutritional value as plywood, which I find fascinating because almost every northern woodland resident knows porcupines LOVE eating plywood! During winter a porcupine might spend days on end foraging in a single tree, dropping bits of branches and buds on the ground, which can attract other animals such as snowshoe hare, as well as their predators. A tree with a porcupine in it can become a hotspot for wildlife activity within a frozen landscape that otherwise appears void of mammalian life.

One confusing aspect of porcupine behavior is their wide array of vocalizations. They can cough, shriek, whistle like a bird, make funny kazoo noises, chatter their teeth, and grunt. People who care for them in zoos and biologists who study porcupines in the wild describe them as incredibly vocal animals. Their calls even occasionally befuddle experienced ornithologists who can be forgiven for thinking they are about to discover some sort of rare European bird lost in the forests of New England, only to discover the source of call is a basketball-sized pincushion halfway up a tree.

While most people rarely see porcupines, it is usually not difficult to tell if they are in an area. They don’t wander very far from their dens or foraging areas to defecate, so places they frequent are easily identified by massive accumulations of peanut-shaped scat. Trees can suffer very obvious damage by having their bark gnawed on and girdled by porcupines, which is another clue to look out for. Unlike beavers (the regular aquatic kind), which leave very deep marks in trees they have gnawed on, porcupines just chew down to the cambium and leave behind very shallow marks or grooves where their incisors scrape against the wood.

The porcupine’s role and value in the ecosystem is less than obvious, but they are an important part of the food web as an herbivore and a prey species, and their foraging behavior transports food and nutrients from tree canopies to the forest floor by way of dropped branches and large volumes of scat. Sadly, the eastern hemlock that is important to the survival of porcupines through winter faces an uncertain future caused by the spread of invasive woolly adelgid beetles which can wipe out entire stands of the tree. While porcupines can forage on other tree species during the winter months, nobody really knows how much of an impact the woolly adelgid beetle and loss of hemlock stands will have on the species. Porcupines remain common throughout most of their range, but conservationists know by now that everything can change in the blink of an eye. The future of porcupines, which I promise are an endearing species once you get to know one, depends on us being good stewards of the northern forests on which porcupines absolutely rely. 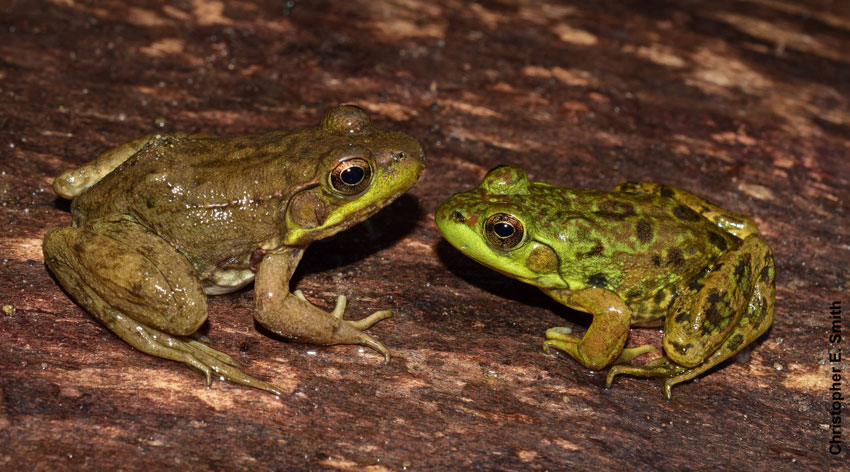